Actress Nikki DeLoach Opens Up About Losing Her Father to Alzheimer's 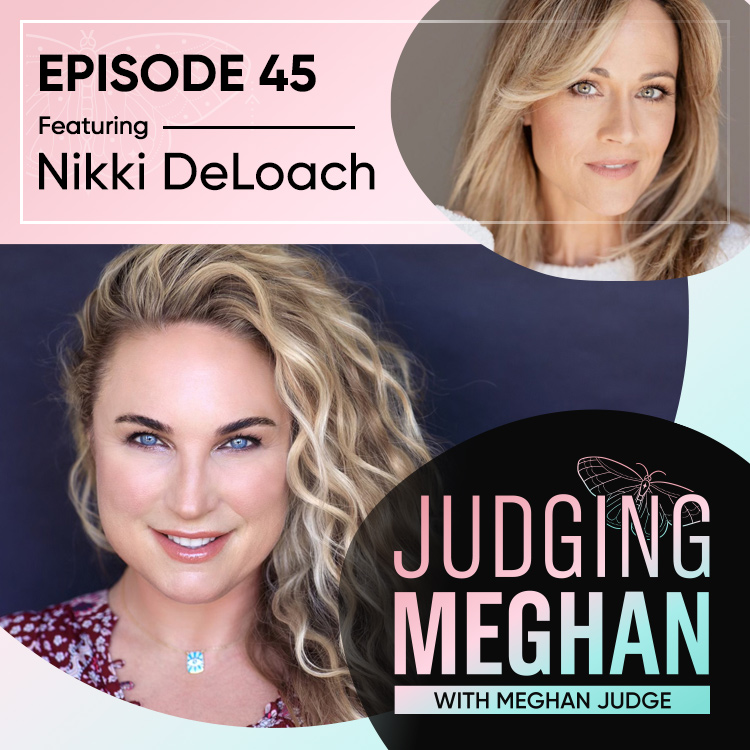 On this week’s episode, Nikki DeLoach speaks about her time spent in the entertainment industry and the unforeseen struggles growing up. Though she experienced many challenges, nothing could have prepared Nikki for the day she received the news of her father’s diagnosis.

Nikki was pregnant with her youngest, Bennett, within the same month she found out her baby had 4 heart defects, her father was diagnosed with a rare form of Alzheimer’s: Pick’s disease. A decision had to be made between saving her baby and seeing her father, the decision was easy but the feelings that came along with them were not.

Being heavily imbued in the entertainment industry cost Nikki time with her father as his days were coming to a close. On his last day, Nikki said her goodbyes, he might not have known her name but knew his daughter.

About Nikki
Born in a small town in South Georgia, Nikki DeLoach always knew she wanted to be an entertainer. She started dancing at the age of three, eventually adding singing, modeling, and acting to her repertoire. Outside of her many talents, DeLoach is dedicated to sharing her passions and ideas with others. She is a passionate supporter and spokesperson for Children’s Hospital Los Angeles where she serves on the Foundation Board of Trustees, and The Alzheimer’s Association in honor of her father who recently lost his battle with a rare form of dementia called Pick’s Disease.

CLICK TO SUPPORT
Back
Previous Podcast
Jennifer Caras: The Tragic Loss and Misdiagnosis of her Sister Led Her on a Path to Live in Her Memory
Next Podcast
Erin Walker's Path to Becoming a Voice For Women Experiencing Hormonal Changes
{{list.tracks[currentTrack].track_title}}
{{list.tracks[currentTrack].album_title}}
{{classes.skipBackward}}
{{classes.skipForward}}
{{this.mediaPlayer.getPlaybackRate()}}X
{{ currentTime }}
{{ totalTime }}
Skip to content