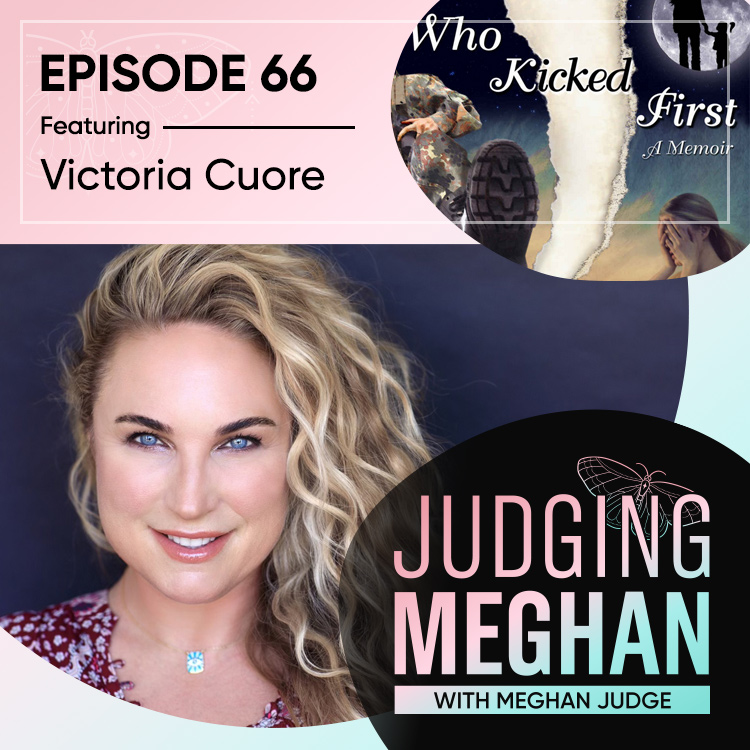 Victoria Cuore has endured more pain than one can even imagine in one lifetime. She was raised by narcissistic parents that sent her off to her grandmother at a young age. After a horrible break up with what she was her true love. She met a man that on paper was everything a girl could ask for. Her boyfriend began Love Bombing her early on in the relationship. He insisted on a quick marriage and quickly after they were married and pregnant, the relentless abuse began. Victoria was beaten so badly that she has had over 100 surgeries.

Thankfully, she got away, and rescued her young daughter. Victoria has used this pain and trauma to help others. Her book, Who Kicked First: A Memoir, tells some of her story of being abused and the later affects upon her special needs daughter. Her website has some amazing resources for people living in an abusive relationship. There is always a way out.

Check out Barkbox for your favorite furry friend at https://barkbox.com/judgingmeghan.